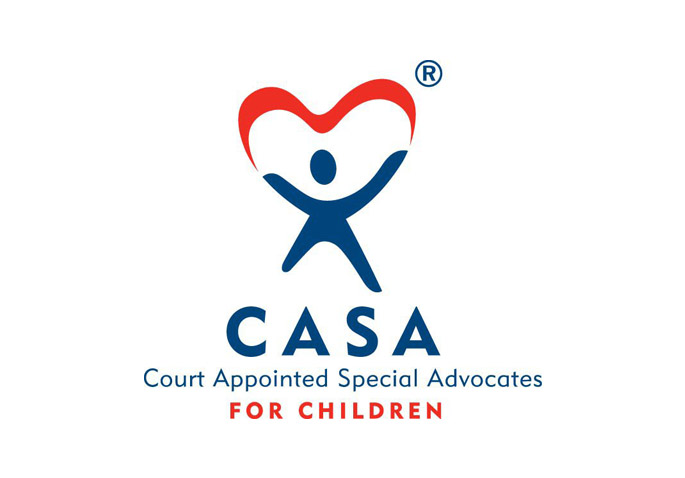 The mission of the First Judicial District CASA Association is to advocate for the best interest of children and youth involved in the court system and assigned by the court for advocation.

The CASA program in Leavenworth was established in 1994 and is based on the idea that average citizens can become professionally trained volunteers who serve as the eyes and ears of the court.

Every year, an estimated 200 abused and neglected children in Leavenworth and Atchison Counties are placed in foster care because they are unable to live safely at home. Imagine what it would be like to lose your parents, not because of something you did, but because they cannot or will not take care of you. Now, into these children’s lives come dozens of strangers: police, foster parents, therapists, social workers, judges, lawyers, and more. Hopefully, one of those strangers is a CASA volunteer. CASA volunteers watch over and advocate for these abused and neglected children to make sure they don’t get lost in the overburdened legal system or languish in an inappropriate group or foster home. They stay with each case until it is closed, and the child is placed in a safe, permanent home. For many children, their CASA volunteer will be the one constant adult presence – the only one constant presence who cares ONLY FOR THEM. 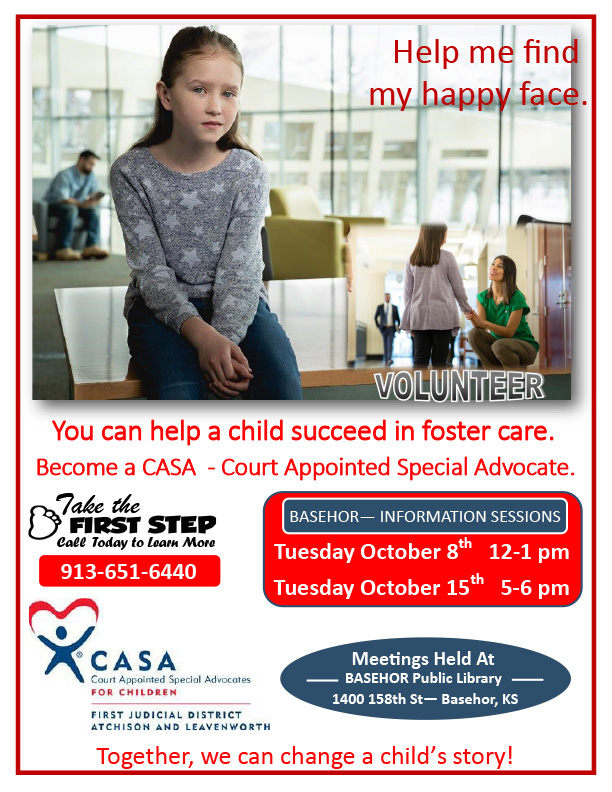